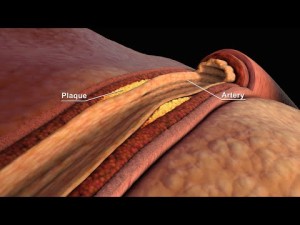 Major risks for coronary heart disease include some factors which can be altered by personal choices and other natural factors which cannot be changed. Heart disease is the leading cause of death in the U.S. for both men and women, with one person dying every minute from a heart attack or other related condition. A man has a higher risk level as compared to a woman until she turns 65 at which time women become equally at risk. It is named the ‘silent killer’ because oftentimes the deterioration of the heart’s functions and the accompanying problems are not apparent until an acute episode such as angina or a heart attack occurs. The good news is that coronary heart disease prevention is possible in many cases and applying health information is the first step toward successfully deterring the condition.
Factors that cannot be altered by a person who is concerned about his or her cardiac health include age, sex or heredity. Most people who die of cardiac malfunctions are generally over the age of 65, but men become much more at risk in their mid 40’s than do women. Women, however, have a much greater risk of dying a few weeks after a cardiac arrest than do men. The theory is that perhaps women are not as acutely aware of their condition as early as men due to a different symptomology. Also, health professionals point to the fact that a female’s heart is smaller in size than a male’s and may not be able to endure the strain of an acute cardiac episode as well. Heredity is another important static risk factor that must be taken into account early on in developing a plan for coronary heart disease prevention.

Children of parents who have had cardiac conditions are much more likely to develop the same types of problems. African, Mexican, and Native Americans generally have much higher risks for coronary heart disease than their Caucasian counterparts. Also, some Asian Americans may be at a greater risk than Caucasians. One of the reasons for the racial discrepancy for the condition is the higher statistics of diabetes and obesity. These conditions as well as other secondary risk factors make it much more likely for people within these racial groups to have the problem. That makes it much more important for these groups to attempt to lower other risk factors that can be controlled. Some factors that can be altered by a coronary heart disease prevention plan include obesity, diabetes, use of tobacco products, high blood pressure, high cholesterol, and lack of exercise.

Obesity is a serious condition that affects over 55% of all Americans and begins to be a problem in many people when they are children. Over 10% of all children are overweight and over 50% of young adults over 20 are obese. Obesity is a national epidemic that is an underlying cause or significant factor in causing many conditions, especially cardiac diseases. There are over 250,000 deaths in the U.S. that are attributed to obesity. Consumer concern about the condition has precipitated 33 billion dollars to be spent on weight-loss products every year. Medical experts believe that if obesity were eliminated, so would a marked incidence of fatal or disabling cardiac problems. Diabetes is another common health condition associated with major risks for coronary heart disease.

In many cases, type II diabetes is also related to obesity in patients, many of whom develop the condition in later life. Those who effectively deal with obesity may reap the benefits of a lower risk factor for cardiac problems, but may also experience a disappearance of type II diabetes altogether. Dealing with obesity goes hand in hand with diabetic problems to provide extensive coronary heart disease prevention for many people. The best prevention, of course, is to be aware of weight management as a young adult in order to circumvent any possible coronary damage. Smoking is a major contributor to cardiac problems as well as other serious conditions. Studies indicate that half of all women who suffer an attack by 50 years of age will die due to smoking. This activity is a major cause of coronary problems.

High blood pressure is a subtle risk in that this problem often goes undetected for a long time before any medical attention is sought. Research shows that one out of every three Americans suffers high blood pressure. High cholesterol has received a lot of notoriety for its role as one of the serious risks for coronary heart disease. Keeping the ‘bad’ cholesterol (LDL) low is imperative in reducing the probability of plaque buildup on the walls of arteries. A common sense coronary heart disease prevention activity is regular exercise. The fact is that many people do not receive enough exercise to raise their heart rate and to stimulate healthier functioning of the arteries. There are many health benefits from adding daily exercise to one’s schedule. Even though there are some risk factors that cannot be eliminated from an individual’s personal history, there are many things that can be done to lessen the risks of coronary disease and to more likely insure a long, health life.

Search for a topic: